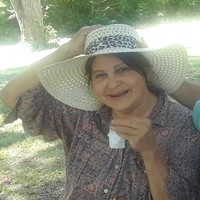 Zada Gail Farley passed away Wednesday, November 20, 2019 in Plano. She was born in Hugo, Oklahoma on March 8, 1947 the daughter of Solomom and Velma Dennis Homer.

A memorial service will be held Saturday, November 30, 2019 at 11:00 am at Grove Hill Methodist Church in Leonard.

To order memorial trees or send flowers to the family in memory of Zada Farley, please visit our flower store.