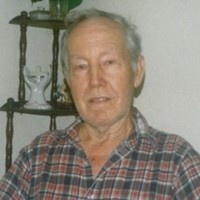 William Winchester, 91 passed away on Thursday, December 25,2014 at his home in West Tawakoni. William, affectionately known as "Benny" was born on April 16, 1923 to Calvin and Willie Winchester in Dike, Texas. Benny would meet and later marry Thelma Watson on June 22, 1957 in Dallas, Texas. Benny would work as a tool clerk for TXI Industries for almost twenty years. Benny is preceded in death by his parents, Calvin and Willie Winchester; three brothers; four sisters; and his son, William. Those left to cherish his memory include; Thelma Winchester, his wife of fifty-seven years; sons Kenneth Pogue and his wife Beverly, Sammie Fox and his wife Sharon, Rickey Winchester and Jimmy Winchester; daughters, Patricia Jeter and her husband Ron, Charlotte Winchester and Bobby Nall; eleven grandchildren; twenty-two and a half great-grandchildren; as well as numerous extended family, friends and neighbors. A gathering of family and friends will be held on Sunday, December 28,2014 from 6:00 to 8:00 p.m. at the funeral home. A funeral service will be held the following day, Monday, December 29, 2014 at 11:00 a.m. also at the funeral home. The interment will immediately follow the funeral service at Bethlehem Cemetery in Farmersville, Texas. Reverend Edward Perry will officiate.

Quinlan Funeral Home
To order memorial trees or send flowers to the family in memory of William Winchester, please visit our flower store.