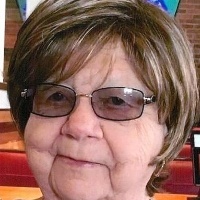 Velma Lee Howton Smith was born in Van Buren County, AR on June 18, 1933 and passed away on July 6, 2019 at the age of 86 years young and is now resting in peace. She was a loving wife, mother, grandmother and great grandmother to many children from a large and loving family. After being a housewife for many years, she was employed at Wal-Mart where she worked for over 23 years and then retired.

Velma is survived by two sons, Doug Peacock of Wynne, AR, and Jimmy Utley and wife Sharon Utley of Austin, AR; two daughters, Dana Taylor and husband Roger Taylor of Springtown, TX and Misti Hernandez of Quinlan, TX; one sister, Lois Howton Jones of Brinkley, AR; one brother, Jerry Howton of Palestine, AR; 13 grandkids and 11 great grandkids; and a host of nieces, nephews and other family members and friends.

In lieu of flowers, donations can be made to PassingHats.org or to the Foundationforwomenscancer.org in memory of Velma Smith.

Many thanks and appreciation go to all the family, relatives, and doctors at Texas Oncology located in Greenville, TX and Baylor, Scott and White hospital in Dallas, TX.

To order memorial trees or send flowers to the family in memory of Velma Howton-Smith, please visit our flower store.