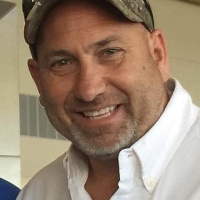 Terry Lee Thorne passed away on Thursday, August 29, 2019 in Wills Point. Terry was born November 25, 1963 in Des Moines, Iowa the son of Frank & Della Thorne. Early in his career Terry was a butcher and eventually became an Assistant Manager for Wal-Mart where he spent over 20 years.

To order memorial trees or send flowers to the family in memory of Terry Thorne, please visit our flower store.