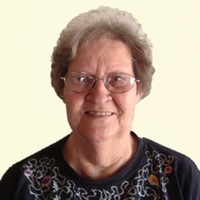 She was born October 19, 1944 the daughter of Raby Lee and Lena Estelle Ellis Phillips in Cedar Hill. She married Dan Fitzgerald on April 19, 1968, he preceded her in death in 1990.

Funeral services for Ms. Fitzgerald will be held at 1:00 p.m., Saturday, November 26, 2016 at First United Methodist Church of Quinlan with Hershey Barnett and Jonathan Fitzgerald

officiating. Interment will follow at Elm Cemetery in Rains County with her sons and brother serving as pallbearers. Visitation will be held at Quinlan Funeral Home Friday,

To order memorial trees or send flowers to the family in memory of Shirley Fitzgerald, please visit our flower store.