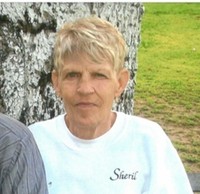 Sheril Cotten, 70, of Edgewood passed away on Saturday, November 5, 2016 in Athens, Texas.

She was born on July 5, 1946 in Terrell to her parents, Odie Bodin and Berniece (Starr) Bodin. She was married to Gaylon Irl Cotten for 53 years. She owned and operated Flarmingo Gift Shop in Terrell for many years.

She is preceded in death by her parents, Odie and Berniece Bodin.

To order memorial trees or send flowers to the family in memory of Sheril Cotten, please visit our flower store.