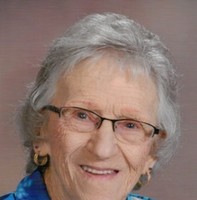 Sammie Ruth Conner passed away on Sunday, November 5, 2017 in Arlington. She was born in Chillicothe, Texas on December 23, 1930 the daughter of Grammer and Ruth (Bell) Martin. She married Wilmer Conner in Clovis, New Mexico on March 18, 1951. He preceded her in death in 1993. Ms. Conner was a member of First Baptist Church of Terrell.

She was preceded in death by her parents; one son, Rodney Watts; one grandson, Mike Watts; one great-granddaughter, Sadie Milam; and her only sister, Jimmie Humphries.

To order memorial trees or send flowers to the family in memory of Sammie Conner, please visit our flower store.