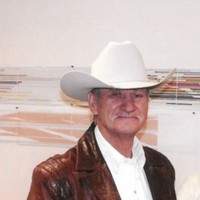 Roy Overton, 78, of Quinlan passed away on Tuesday, February 7, 2017 in Greenville. Roy was born in Blytheville, Arkansas on August 26, 1938 to his parents, Andrew and Martha (Vinson) Overton, and they precede him in death. He served in the US Navy from August 29, 1955 to August 28, 1959. He married Nalin Palmer. He worked in Law Enforcement and retired from Homeland Security.

His family who are cherishing the memories of his life are his wife, Nalin Overton; children, Shannon Turner of Grand Prairie, Dwain Overton of Hobbs, New Mexico, Charlotte Sears of Atkins, Arkansas, Marsha Gail Overton of Houston, Pam Overton of Kilgore, and Andy Overton of Steele, Missouri; 15 grandchildren, and 19 great-grandchildren.

His funeral service will be held on Monday, February 13, 2017 at Quinlan Funeral Home Chapel at 2:00 pm with Brother David Hammond officiating. Navy burial honors will be given at the funeral home with his burial to follow in the Dallas National Cemetery.

To order memorial trees or send flowers to the family in memory of Roy Overton, please visit our flower store.