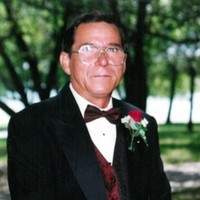 Roy Lee Foust, 64, of Quinlan passed away Saturday, March 18, 2017 in Dallas. He was born on December 26, 1952 the son of Melvin Leverne & Elna Anna-May Foust. He was the pastor of Carpenter's Church in Quinlan.

Those left to cherish his memory are his wife of nearly 50 years, Alice Foust; son, Kenneth Foust; daughter, Mary Shields and her husband Joe; grandchildren, Carson Shields and Kayla Powell; sister, Barbara Ann Foust; brothers, Robert Foust and his wife Dana, and Edward Foust and his wife Suzanne; and six nieces and nephews.

He was preceded in death by his parents; two children, Erwin Fred Foust and Shauna Gail Foust; and sister, Patricia Sykes.

A memorial service will be held at 11:00 a.m., Friday, March 24, 2017 at Quinlan Funeral Home with Bro. Cory Williams officiating. Inurnment will follow at Lakeside Memorial Park.

To order memorial trees or send flowers to the family in memory of Roy Foust, please visit our flower store.