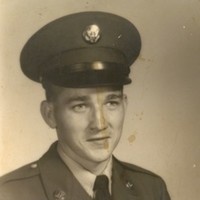 Ronnie Dale Humphries, 72, of Canton, passed away on September 1, 2016 in the peace of his home with his loving family surrounding him. Ron was born on August 30, 1944 in Camden, Arkansas to Elgin and Beatriss (Ellison) Humphries. He married Linda Hickson on June 4, 1979 in Stanfield, Arizona.

He is preceded in death by his mother and father, a son, Scott Leon Humphries.

His memorial service will be Saturday, September 10, 2016 at Quinlan Funeral Home Chapel at 10:00 AM.

To order memorial trees or send flowers to the family in memory of RON HUMPHRIES, please visit our flower store.