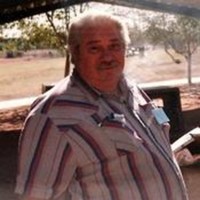 He was born November 11, 1943 to James Fredrick and Edna Hall Hipp in Sulphur Springs, Texas.

Rommie was raised for a short time in Sulphur Springs and then James moved the family to Dallas around 1947. James and Edna along with daughter Eva Gene and husband James Moon ; sons, Rommie Dean and David Paul moved a few times around East Dallas before settling down on Cronk Lane in urban Dallas. Rommie attended Auburn Elementary, John B. Hood where he played football and W.W. Samuel.

He met the love of his life, Joan Marie Parvin at the Pigstand in Pleasant Grove in May 1961. They then married November 20, 1961. Rommie and Joan had four sons, Paul Wayne, Michael Dean, Jerry Alan and Thomas James (TJ).

Rommie work for Dallas Power and Light for 38 years until his health started to fail and forced him to retire from the job he loved. He was a Mason of 32nd Degree in the Scottish Rite, a Member of local 69 IEBW serving in several capacities in the union, coached Little League sports with the QSA Organization in the 70s & 80s. He coached his sons to several winning seasons in football, baseball and basketball. He loved following politics and spending time with his grand children. He was a greatly loved patriarch of our family and will be missed by all.

He is preceded in death by his parents, his son, Paul Wayne Hipp, and brother, David Paul Hipp.

Services will be held Tuesday September 11, 2012 at 11:00 a.m. at Quinlan Funeral Home with internment to follow at Grove Hill Cemetery. There will be a time of visitation Monday September 10, 2012 from 6:00 p.m. to 8:00 p.m. Condolences can be made online at www.quinlanfuneralhome.com.

To order memorial trees or send flowers to the family in memory of Rommie Hipp, please visit our flower store.