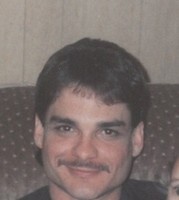 Rodney William White, 51, of Greenville passed away on Tuesday, December 13, 2016 in Greenville. Rodney was born on May 8, 1965 in Garland to his parents, Larry Everett White and Janice Taylor.

His memorial service will be held on Wednesday, December 21, 2016 at 2:00 PM in the chapel of Quinlan Funeral Home with Pastor Ranse Moore officiating. Visitation will be held one hour prior to service time at the funeral home.

Memorials made be made to Faith Outreach Soup Kitchen, 1501 Division St., Greenville, TX 75401.

To order memorial trees or send flowers to the family in memory of Rodney White, please visit our flower store.