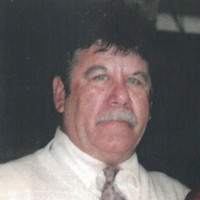 Robert Thomas McConley, also known as Bob and Bobby, passed away on March 18, 2017 Carrollton. He was born on January 7, 1957 in Springfield, Massachusetts the son of Stephen Thomas McConley and Marie Louise McConley.

He is Preceded in death by his parents, Stephen and Marie McConley; and one sister, Pamela Jean Dixon.

Those who are cherishing the memories of Bobby's Life are his wife Madonna (Perry) McConley; his brothers, Stephen, David, John and Scott McConley; sister, Susan McConley; his children, grandchildren, nieces, nephews, and numerous other relatives.

A memorial service is planned for Saturday, April 8, 2017 at 2:00 pm in the chapel of Quinlan Funeral Home with Brother David Hammond officiating.

To order memorial trees or send flowers to the family in memory of Robert McConley, please visit our flower store.