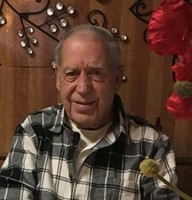 A funeral service will be held at 10:00 am on Thursday, May 31, 2018 in the Quinlan Funeral Home Chapel. Burial will follow at IOOF Quinlan with Teddy Manning, Jeff Brown, Mike Hilton, and Scotty Tapp serving as pallbearers. Visitation will be held Thursday morning one hour prior to the service.

To order memorial trees or send flowers to the family in memory of Robert Hilton, please visit our flower store.