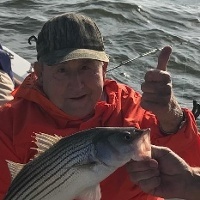 Robert is preceded in his death by his parents; brother, David Leroy Hayes.

A funeral service will be held in the Quinlan Funeral Home Chapel on Wednesday, July 24, 2019 at 2:00 p.m. with Pastor Del Wesley officiating. Visitation will be held one hour prior to the service. A private burial will be scheduled at a later time.

To order memorial trees or send flowers to the family in memory of Robert Hayes, please visit our flower store.