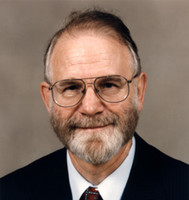 Richard graduated from Capital University in Columbus, Ohio, in 1954, with a bachelor's in psychology. He served his country as a special agent in the Army Counter Intelligence Corps during the Postwar Occupation of Germany from 1954 until his honorable discharge in 1956.

During his career, he worked as a technical writer for various companies mostly in the aerospace industry, including North American Aviation in Columbus and then Tulsa, Okla., from 1957 to 1965; as a senior engineering writer for Magnavox in Urbana, Ill.; and for E-Systems in Greenville, Texas, as a senior proposal writer then as a manager of business planning and proposals for its subsidiary Serv-Air from 1969 to his retirement in 1996. He received an MBA from the University of Dallas in 1977.

Richard and his wife of 49 years, Betty, who passed away earlier this year, enjoyed spending time on South Padre Island after his retirement, entertaining visits from family, and caring for their cats. Richard loved trees and planted different varieties on their properties in Greenville, caring for and nurturing them to maturity. He was also a die-hard Dallas Cowboys fan. He and Betty also enjoyed being landlords, purchasing several properties around Greenville and renting them out for a number of years. In this way they made many additional friends in the community. Richard also served a term as president of his condominium board on South Padre Island.

Richard was preceded in death by his parents, Frederick and Lucille Grahl, his twin brother, the Rev. Robert Grahl, and sister, Ellenore (Grahl) Sutter.

A memorial ceremony will be held on Sep. 22 at the Upper Arlington Lutheran Church in Columbus.

Memorial contributions may be made to Sea Turtle, Inc., in Richard's name.

To order memorial trees or send flowers to the family in memory of Richard Grahl, please visit our flower store.