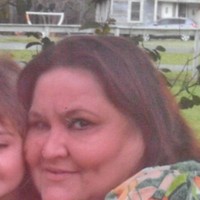 Penny Gail Brown, 53, of Quinlan, passed away on March 2, 2016 in Sherman. She was born on October 16, 1962 in Manhattan, Kansas to the parents Harold Dean Reidelberger and Judith Ann (Oliver) Reidelberger. In 1977 she married Michael Eugene Brown in Rockwall. She worked for many years for Precision Solar Controls.

She is Preceded in her death by her husband, Michael Brown and her parents Harold and Judith Reidelberger.

She is survived by two daughters, Brandy Daniels and her husband Melvin of Quinlan and Misty Brown of Quinlan; three grandchildren, Izaac Brown, Jazlynn Wilcox, and Tristen Brown; three sisters, Debbie Potts and her husband Michael of Royse City, Pamela Rice of Wills Point, and Holly Cruz of Greenville; one Brother, David Reidelberger and his wife Joanne of Highland, Illinois; and nieces, nephews, and other relatives.

Her cremation is under the direction of Quinlan Funeral Home. The family is planning a memorial service at a later date.

To order memorial trees or send flowers to the family in memory of Penny Brown, please visit our flower store.