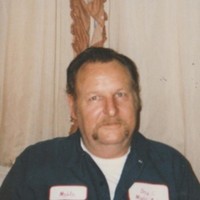 Noble L. McBride, 76, of Winnsboro passed away on Saturday, October 20, 2018 in Tyler. Noble was born on January 19, 1942 in Orange County, Texas, the son of Noble E. McBride and Gussie Mae (Harman) McBride. He married Pauline Rankin on July 13, 1970 in Oklahoma and she preceded him in death on June 1, 2003. He was a retired Transmission Mechanic.

Noble's funeral Service will be held on Friday, October 26, 2018 at 11:00 AM in the Quinlan Funeral Home Chapel with Brother Charlie Nassar officiating, Visitation with the family will be at 10:00 AM on Friday. His Interment will follow the service in Lakeside Memorial Park with Jeff McBride, Dakota McBride, Bradlea Wilson, Bobby Wilson, Donny Sutton, Justin Sutton, Robert Kennedy, Jimmy Millsap serving as pallbearers.

To order memorial trees or send flowers to the family in memory of Noble McBride, please visit our flower store.