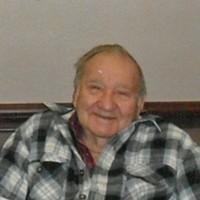 Nathaniel Pendergraft, age 77, of Hawk Cove passed away Tuesday, February 7, 2017, at his residence. Nathaniel was born February 6, 1939 in Paris. He married Betty in Paris in 1957. He was a painter by trade and a member of the Painter's Local 53 in Dallas.

He was preceded in death by his parents; two brothers; and one sister.

Visitation will be held at Quinlan Funeral Home on Monday, February 13, 2017 from 6:00 pm to 8:00 pm. Funeral services will be held at 1:00 pm, on Tuesday, February 14, 2017 at the funeral home. Interment will follow at Lakeside Memorial Park with Mr. Pendergraft's grandsons serving as pallbearers.

To order memorial trees or send flowers to the family in memory of Nathaniel Pendergraft, please visit our flower store.