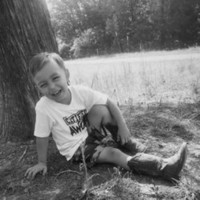 Visitation will be held at Quinlan Funeral Home on Friday, January 6, 2107 from 6:00 pm to 8:00 pm. Private family services will be held on a later date.

To order memorial trees or send flowers to the family in memory of Nathan Saunders, please visit our flower store.