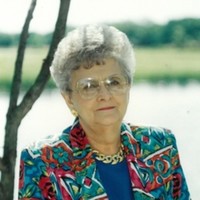 Nancy L. Booher, 86, of Quinlan passed away on June 12, 2017 in Royse City. Nancy was born in Poplar Bluff, MO on May 14, 1931 to Lesley Lynn Sparkman and Bessie (Lamkin) Sparkman. She married Jack Wayne Booher on November 19, 1955 in Denver CO. She was a School Teacher for the Quinlan ISD for many years.

Nancy is preceded in her death by her husband, Jack Booher; her mother, Bessie Sparkman; her father and stepmother, Lesley and Mary Sparkman; and a sister, Anna Mae Miller.

Public visitation with Nancy's family will be held on Thursday night, June 15 from 5:00 to 8:00 at Quinlan Funeral Home. Her service will be on Friday, June 16 at 10:00 am in the Quinlan Church of Christ with Pastor Randy Ragan officiating. Her interment will follow the service in the Grove Hill Cemetery north of Leonard. Her pallbearers will be Tim Booher II, Mark Booher, Everett Booher, Chris Shaddox, and Hunter Shaddox as honorary pallbearer.

To order memorial trees or send flowers to the family in memory of Nancy Booher, please visit our flower store.