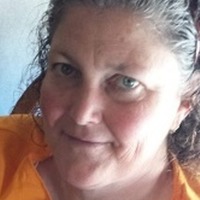 Melissa Davis, 51, of Quinlan passed away on Monday, September 09, 2019 in Quinlan. She was born on January 23, 1968 in Greenville, the daughter of Raymond Dean Davis and Creda Joan (Winters) Davis. She worked for several years as an Office Manager at a local dentist office.

Melissa is preceded in her death by her parents, Raymond and Creda Davis and a brother, James Davis.

Melissa’s family that are cherishing the memories of her life are her children, Melissa Lancaster, Matt Story and his wife Tiffany Story, Declan Klimmer, and Conall Klimmer; six grandchildren, Katelyn, David, Haylee, Kali, Elliot, and Avery; one brother, Buddy Davis; and other relatives and friends.

No public memorial service is planned at this time through Quinlan Funeral Home.

To order memorial trees or send flowers to the family in memory of Melissa Davis, please visit our flower store.