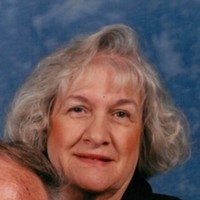 Madeline Slade, 82, of West Tawakoni passed away on March 8, 2017 in Dallas. She was born on November 13, 1934 in New Augusta, Mississippi to Edward Eulease Watkins and Lou Ethel (Nobles) Watkins. Madeline married Gaston Ray Slade on December 24, 1955 in Hattiesburg Mississippi. She was a postal worker for many years before retiring. She will be remembered as the valedictorian of her graduation class in high school and as a Sunday School teacher at the Gospel Light House Church in Dallas.

Madeline is preceded in death by her husband, Gaston Ray Slade; her parents, Edward and Lou Watkins; and one daughter, Lucretia Aoki - Slade.

Her family that is cherishing the memory of her life are her daughters, Cherry Slade of Quinlan and Angela Thorn of Water Valley, Mississippi; her son, Dwayne Slade of Mesquite; one sister, Earnestine Taylor; seven grandchildren, and 8 great grandchildren.

Her funeral service will be held on March 13, 2017 at 3:00 pm in the Chapel of Quinlan Funeral Home. There will be a private burial in Lakeside Memorial Park.

To order memorial trees or send flowers to the family in memory of Madeline Slade, please visit our flower store.