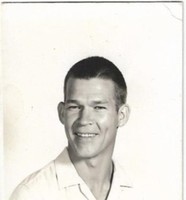 
Louis worked at Storm Volkins as a machinist for 17 years. Then worked in water utilities for 15 years. He and his wife Yvonne built and owned their own business, Hunt County Plumbing Supply, for many years until their retirement. Louis also had and enjoyed exotic animals. He loved collecting and operating his remote-control cars and helicopters. He enjoyed spending time with his grandchildren and great grandchildren.

A memorial service will be held at 2 pm in Quinlan Funeral Home Chapel on Friday, January 27, 2017 with Charlie Nassar officiating.

To order memorial trees or send flowers to the family in memory of Louis Bannister, please visit our flower store.