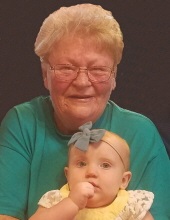 Linda graduated from Mesquite High School, Mesquite TX. She married James Carl Davis, Jr. on Dec. 22, 1965 in Mesquite, TX. He preceded her in death in 1997. Linda was employed with Lockheed Aviation as an Aviation Electrician and entered retirement in 2009. Linda had a variety of interests but loved most caring and spending time with her family.

She was preceded in death by her parents and two brothers, Jimmie and Glenn Rogers.

Linda’s graveside inurnment service will be held on October 30, 2020 at 4:00 pm in Lakeside Memorial Park in Quinlan, Texas under the direction of Quinlan Funeral Home.

To order memorial trees or send flowers to the family in memory of Linda Davis, please visit our flower store.