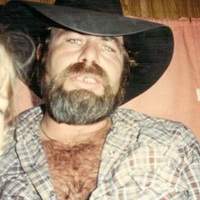 Les Lummus, 72, of Lone Oak passed away on Wednesday, October 9, 2019 in Dallas. He was born on March 23, 1947 in Buffalo, TX, the son of George and Beulah Louise (Levick) Lummus. Les married Betty Joyce Alexander on July 10, 1981 in Bossier City, LA. He was a commercial truck driver for Ryder Trucking for many years. Les was a member of the First Assembly of God Church in Quinlan.

Les is preceded in his death by his parents, George and Beulah Lummus; son, Charles Smith, Jr.; and brother, James Lummus.

A public visitation will be held on Friday, October 11, 2019 from 6:00 – 8:00 PM in the chapel of Quinlan Funeral Home. His funeral service will be held on Saturday, October 12, 2019 at 11:00 AM at the First Assembly of God Church in Quinlan with Pastor Ben Terry officiating. Les’ interment will follow the service in Hooker Ridge Cemetery, East Tawakoni. Those serving as pallbearers will be Dylan Lummus, Steve Hammons, Tony Gardner, Earl Sterns, Bill Hayes, and Kyle Keith.

First Assembly of God
To order memorial trees or send flowers to the family in memory of Les Lummus, please visit our flower store.