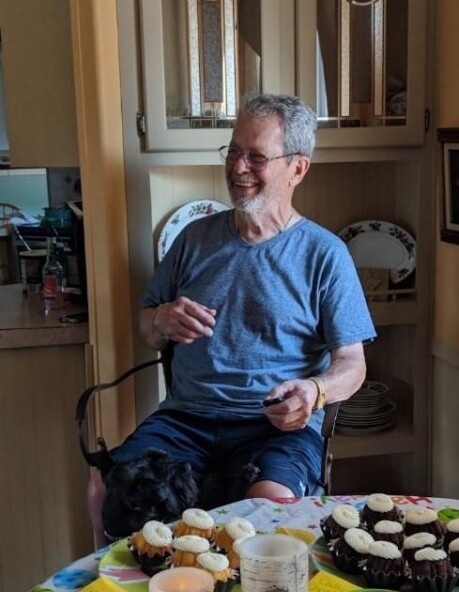 Roy Fischer of Quinlan, Texas passed away at home on December 30, 2021. He was peaceful in the place he loved so much and was in the care of Hospice and family. Family and friends are invited to an Open House Celebration of Life in the Spring of 2022.

Roy was born on May 31, 1938, raised in St. Louis Missouri by his parents Roy J. Fischer, Bernice (Foerstel) Fischer, and was the oldest of two children. While growing up in a neighborhood of grandparents, aunts, uncles, cousins and many friends, he was a busy, mischievous and active young boy, surrounded by love yet never escaping the consequences of watchful eyes.

Roy, at the age of seventeen, enlisted in the United States Marine Corps as a Sea Going Marine. After 5 years of service, he continued to uphold his Marine Corp training by living his life with a proud, respectful attitude for our Country and those who served. He extended that same high standard of strength, kindness and understanding to family and friends throughout his entire life.

Roy had an internal drive to be independent. He coupled that desire with his ability to organize and see any project through to success. He lived at the time when technology was new and jumped into the world of computers. His career evolved into data processing and the management of those new projects. He worked for Pet Inc., Rawlings, Xerox, and Howard Systems Int. This career path took him from his hometown of St. Louis, MO to Rochester, NY and finally to Stamford, CT where he commuted to Manhattan, NY.

Early retirement was always a goal for Roy. He left the Corporate Environment shortly past the age of 50, opened a newly franchised bagel store in Norwalk, CT and just at 5 years, sold it and took to the road in an RV which covered travels across the country, work camping at private and State parks from time to time, camping in the desert of Arizona, hiking, biking and visiting family and friends. Eventually these travels took him to Texas where he began carving out his new roots around the Lake Tawakoni area, eventually settling first in Wills Point and later in Quinlan. He continued his ventures, cutting trails on his property, raising miniature schnauzers, opening a Bed and Breakfast for First Monday shoppers, boating and fishing on the lake, buying homes to fix up for sale or rent. His energy was relentless! The style of RV travel changed from the open road to the driveways of his children who were now having the grandchildren he was so proud of. Roy had a set of three dog tags engraved with the name and birthdate of each grandchild, 12 to be exact. He wore those dog tags for the rest of his life.

Roy was preceded in death by his parents, Roy J. and Bernice Fischer, his ex-wife Carol Marie Fischer.

To order memorial trees or send flowers to the family in memory of Leroy Fischer, please visit our flower store.