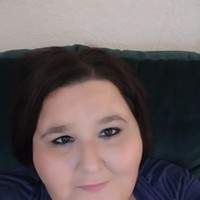 Leathia Kelly passed away Thursday, January 25, 2018 at her residence. Leathia was born in Dallas on December 8, 1982 the daughter of Timothy and Debra Kelly.

She was preceded in death by her father.

A memorial service will be held on Saturday, January 27, 2108 at 1:00 p.m. in the Quinlan Funeral Home Chapel with Bro. David Hammond officiating.

To order memorial trees or send flowers to the family in memory of Leathia Kelly, please visit our flower store.