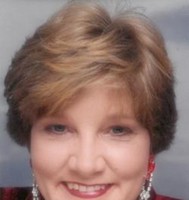 Nannette LaDonna Holtsclaw, 57, passed away on Friday, April 4, 2014 at her home in Dallas, Texas. LaDonna was born on March 5, 1957 to Raymond and Johnnie DeMar in Houston, Texas. LaDonna moved with her family to West Tawakoni in 1970. She graduated from Quinlan High School in 1975. LaDonna would meet and later marry Jack Holtsclaw in 1991.

LaDonna was a gifted seamstress and quilter. She had her own business called"One Stitch at a Time" that she ran out of her home. LaDonna was a member of several quilting guilds in the Dallas metropolitan area and donated her time and talents to several charities by making quilts for the sick children of the area free of charge.

In lieu of flowers, the family requests that you make a donation in LaDonna's name to the charity of your choice.

To order memorial trees or send flowers to the family in memory of LaDonna Holtsclaw, please visit our flower store.