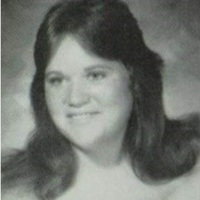 Kellie Steele Etheridge passed away Monday, December 9, 2019 in Tyler. Kellie was born in Dallas on September 27, 1959 the daughter of Asa and Lola Steele. She married Raymond Etheridge in Garland on September 29, 1979. Kellie was a caregiver and house manager at Mayberry Garden Assisted Living until she retired in 2008.

When Kellie and Ray married she became a mother to his four children. She loved each one of them as her own. They went on to have Brian and Dawnece to complete their family. Kellie and Ray worked hard to give the kids everything they needed and at times dismissed their own needs to provide for them. The kids were the love of their life.

She was preceded in death by her parents; daughter Dawnece Etheridge; and brother, Kevin Steele.

To order memorial trees or send flowers to the family in memory of Kellie Etheridge, please visit our flower store.