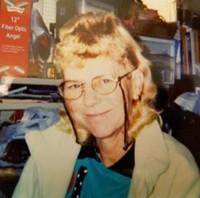 Karen Lynn Collins, 60 of Mesquite, formerly from Quinlan, passed away on August 3, 2017 in Mesquite. Karen was born on July 19, 1957 in Dallas Texas to her parents, Billy Glenn and Betty Jean (Greeson) Head. She married Ricky Ray Collins, Sr. in October of 1975 in Dallas.

Karen is preceded in death by her husband, Ricky Collins, Sr. and one son Bobby Collins.

No public memorial is planned at this time.

To order memorial trees or send flowers to the family in memory of Karen Collins, please visit our flower store.