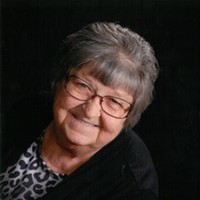 June was a resident of Hawk Cove since 1974, and was a longtime member of the First United Methodist Church of Quinlan. She spent her time crafting, and she enjoyed making peanut brittle for anyone and everyone - even her doctors. She was also a devoted Texas Rangers and Dallas Stars fan who couldn't wait for their seasons to start. She was a loving and caring mother and grandmother, who would do anything to make family and friends happy.

She is preceded in death by her parents, Garland and Wilma Barnes; and her husband of 47 years, David Polhans.

A memorial service will be held in June's honor at the First United Methodist Church of Quinlan, on Saturday, November 18 at 3 PM.

To order memorial trees or send flowers to the family in memory of June Polhans, please visit our flower store.