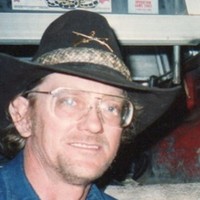 Johnny Deryl Jones, 65, of Kaufman passed away on May 13, 2017 surrounded by his loving family. Johnny was born 0n February 14, 1952 in Dallas to his parents, J.W. Jones and Doris (Mullican) Jones. He grew up in the Trenton and Garland area as a child. In 1989 he married Mary Christine "Chrissy" Case and they moved to Kaufman.

He started working when he was 13 years old pumping gas and working around car garages. It was no wonder that he would later choice to become an Auto Mechanic for 49 years with A.C.E. certification.

He loved to spend time with his family. He was an avid fisherman and hunter, well respected man of a few words, and held out a helping hand to anyone in need. Some would say that he was old fashion man with old fashion values.

He is preceded in death by his parents, J. W. and Doris Jones; and three brothers, Jack, Dudley, and Jimmy Jones.

Johnny's funeral service will be held on Tuesday, May 16, 2017 at 12:00 pm at the Trinity Family Church in Forney with pastor Marty Reid officiating.

To order memorial trees or send flowers to the family in memory of Johnny Jones, please visit our flower store.