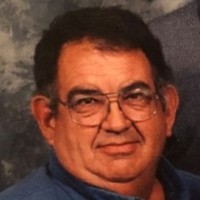 John W Stahmer, of Lone Oak passed away November 20, 2018 in Dallas. Family and friends will gather to celebrate his life of 70 years at 1 p.m. on Saturday, December 1, 2018 for a memorial service at Quinlan Funeral Home Chapel. Visitation to follow.

John was born on August 14, 1948 to the late Joseph Edward and Inez (Everidge) Stahmer in Paris, TX. He grew up in Cooper, TX where he graduated from High School in 1966. He attended East Texas State University and graduated with a Master of Education.

He began his teaching career in Lone Oak ISD in 1973 where he worked until he retired. He taught science and coached football until 1986, when he moved into administration as the Jr High Principal. His proudest moment was being on the coaching staff of the 1977 team that reached the state finals. He treasured the students and student athletes of Lone Oak and wanted them to succeed in education as well as life.

An avid outdoorsman, most of his free time was dedicated to either hunting or fishing.

He was preceded in death by his parents; and wife Carolyn.

In lieu of flowers, contributions can be made in his name to the Lone Oak ISD Education Foundation (http://www.loneoakisdeducationfoundation.org/donate.html), add special instructions to notate his name.

To order memorial trees or send flowers to the family in memory of John Stahmer, please visit our flower store.