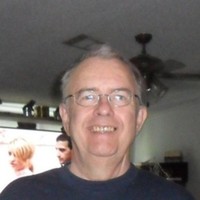 John Copus, 68, of Quinlan passed away late Sunday night on October 28, 2018 in Royse City. John was born on December 8, 1949 in Brookville, PA the son of George and Rebecca (Sayers) Copus. He served his country in the Army during the Vietnam Conflict. He was a member of the Quest Church in Royse City.

John was preceded in his death by his parents, George and Rebecca Copus.

His funeral service will be held on Saturday, November 3, 2018 at 12:30 pm in the Quinlan Funeral Home Chapel with Pastor J. J. Williams officiating. Visitation with the family will be at 10:00 Saturday morning. His burial will take place in the Middle Run Cemetery in Alcola, PA.

To order memorial trees or send flowers to the family in memory of John Copus, please visit our flower store.