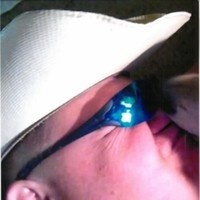 John Duane St Clair, 48, of Quinlan passed away on Sunday, October 8, 2017 in Dallas. John was born on March 23, 1969 in Dallas to his parents, James Arthur and Ruby Pearl (Vickery) St Clair and they preceded him in death. He married Wendy Lynn Brotherton on March 14, 1992 in Quinlan.

To order memorial trees or send flowers to the family in memory of John Clair, please visit our flower store.