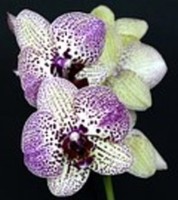 Joan Underwood, 74, of Emory passed away on October 30, 2016 in Rockwall. She was born on November 28, 1941 in Dallas to Denver Dale Westbrook and Maxine (Faries) Westbrook. On February 13, 1961, she married Jerry Underwood. Their union was blessed by three children, daughter, Cynthia Hunt; son, John Underwood; and daughter, Jennifer Vavra. Joan is preceded in death by her parents.

Her funeral service is Thursday, November 3, 2016 at 2:00 PM in the Chapel of Quinlan Funeral Home. Visitation with her family will be starting at 1:00 until the start of the service. The interment will take place following the service in Simmons Cemetery in Cash.

To order memorial trees or send flowers to the family in memory of JOAN UNDERWOOD, please visit our flower store.