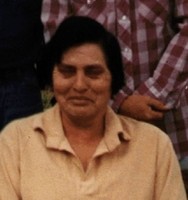 Jo Wagner, 85, of Quitman passed away on July 3, 2018 in Wood County. She was born on December 31, 1932 in Hugo, OK the daughter of Soloman and Thelma (Dennis) Homer. She was proud of her Native American heritage of the Choctaw Nation. Jo work most of her life in the dairy farm business in Hopkins County. She married Charles E Wagner in Hugo, Ok and in 1964 her preceded her in death. She also is preceded in death by her parents and five siblings.

The family is planning a private memorial service that will honor her life.

To order memorial trees or send flowers to the family in memory of Jo Wagner, please visit our flower store.