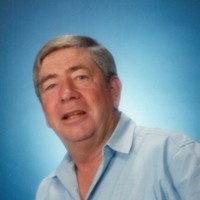 Jerry Thomas Womack, 68, of Greenville, passed away Thursday, December 8, 2016 at his residence after a long battle with cancer. He was born the son of Richard and Virgie Womack in Woodville, Alabama on February 5, 1948. He married Dorothy Dunn in Bossier City, Louisiana on April 25, 1969. Jerry is a Vietnam veteran serving from 1968 to 1969 with several distinctions and medals awarded. After the military, he became a longtime owner/operator of a trucking company, before settling down and buying his dream cattle ranch. His success in business can directly be attributed to his hard work ethics and natural mechanical ability.

Funeral service will be held Wednesday, December 14, 2016 at 10 am at Quinlan Funeral Home with Bro. Nick Williams officiating. Interment will be held at DFW National Cemetery at 2:30 pm with Cody Simpson, Rick Dunn, Spanky Solis, Jerry Wade Womack, Don Simpson, Bill Russell, Charles Womack, Carl Womack, Carlos CiFuentes, and Davy Gibbs serving as pallbearers. Visitation with his family will be held on Tuesday from 6:00 pm to 8:00 at the funeral home.

To order memorial trees or send flowers to the family in memory of Jerry Womack, please visit our flower store.