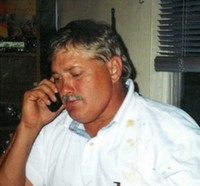 Jerry Phillips, "Peachy," passed away Sunday February 14, 2016 in Plano. Peachy was born March 4, 1956 in Dallas to Billy and Shirley Phillips. He married Laurie Chadick and had two sons, Jeremy and Parker.

He will be remembered through the stories of his life adventures by friends and family. He loved flying the crop dusting planes low over the heads of friends and strangers alike, landing in cotton fields of Prosper and flying over the lake when friends were fishing. He loved to hunt and fish with his family.

Peachy worked as a finish carpenter in the building construction industry throughout his life. He owned his own business, Phillips Cabinets and Doors. He was good with his hands. Everyone he knew had a story to tell of the time they had spent with him.

Peachy was preceded in his death by his parents, Billy Phillips and Shirley Criswell; his stepmother, Shirley Phillips; his brother, Michael Criswell, James Richard (Ricky) Phillips; and his son, Parker Chadick Phillips.

A memorial service will be 1:00pm Saturday, February 20 at Quinlan Funeral Home Chapel.

To order memorial trees or send flowers to the family in memory of Jerry Phillips, please visit our flower store.