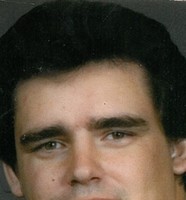 Jeff House passed away at his home on February 16, 2016 in Lone Oak. He was born on November 29, 1960 in Greenville to Jack Edwin House and Susie (Rountree) House. He was a graduate of Lone Oak High School and was a commercial truck driver.

He is preceded in his death by his father, Jack House; his grandparents, Ishmael and Doris Rountree and John and Iva House. He is survived by his mother, Susie Hall of Lone Oak; his aunt, Nancy Hazlewood of Lone Oak; and many of the House Family.

Memorial service will be scheduled at a later date with the family. Cremation arrangements are under the direction of Quinlan Funeral Home.
To order memorial trees or send flowers to the family in memory of Jeffery House, please visit our flower store.