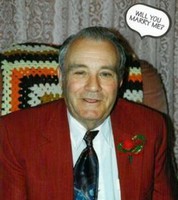 James was a quiet man of faith who loved his family and his Lord. He enjoyed the time he spent with his wife, children and grandchildren. His was a quiet dignity; infectious smile and loving heart that will truly be missed by all who knew him.

A funeral service will be held on Tuesday, April 15, 2014 at 2:00 p.m. at the funeral home. A gathering of family and friends will be held on the same day from 12:00 to 2:00 p.m. prior to the service.
To order memorial trees or send flowers to the family in memory of James Ryan, please visit our flower store.