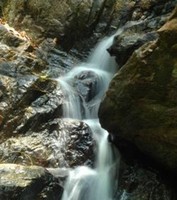 James Wilson Miller, 94, passed away on Tuesday, February 11, 2014 in Plano, Texas. James was born on October 5, 1919 to William Virgil and Bessie Miller in Hunt County, Texas. James went on to service his country with honor in the United States Army in the European Theater of World War II. Upon completing his service to his country, James met and later married Martha Mayse. To this union was born three children, Gary, Mike and Darlene.

A come and gogathering of family and friends will be held on Friday, February 14, 2014 from 10:30 a.m. to 12:30p.m. at the funeral home. A graveside service will be held the same day, Friday, February 14, 2014 at 1:00 p.m. at IOOF Cemetery in Quinlan, Texas.
To order memorial trees or send flowers to the family in memory of James Miller, please visit our flower store.