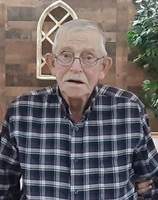 James Edmond Boyett passed away Thursday, January 9, 2020 in McKinney. James was born in Litton, Mississippi on November 7, 1941 the son of Emmett Newton and Beatrice Leslie Boyett. James married Judy Johnson in Cleveland, Mississippi on June 30, 1960. She preceded him in death. He worked as a truck driver for many years. James also served in the United States Air Force and was a member of the Local Teamster 745.

A funeral service will be held on Tuesday, January 14, 2019 at 11:00 am at Quinlan Funeral Home. Interment will follow at Highland Memorial Gardens in Terrell with Michael Patton, James Boyett, Christopher Boyett, Donald Boyett, Sean Snyder, and Colton Stueve serving as pallbearers. Visitation will be held one hour prior to the service.

QUINLAN FUNERAL HOME
To order memorial trees or send flowers to the family in memory of James Boyett, please visit our flower store.