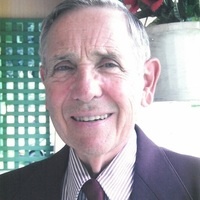 J L Holtsclaw, 89, of Quinlan, Texas passed away on November 29, 2019 in Greenville, Texas. He was born on July 30, 1930 in Roan Mountain, Tennessee to his parents, Beecher Holtsclaw and Pearl Edith (Barnett) Holtsclaw. Mr. Holtsclaw left the mountains of East Tennessee in 1948 to join the Air Force and had a 30-year distinguished career. He followed this with a career at the Dallas Post Office. When he retired in 1992, he split his time between Texas and Tennessee, enjoying fishing, gardening, and his grandchildren. When he was in Tennessee, he was better known as the Chaplain of the Roan Mountain Moonshiners, playing the “tub” with them as well.

A special thanks to Whitney Brummett of Hope Health Care and the staff of Tender Care unit of the Colonial Lodge for their care they extended to Mr. Holtsclaw and his family.

In lieu of flowers, donations may be made to Bull Creek Cowboy Church, Lone Oak, or to Lake Area Shared Ministry of Quinlan, or to a charity of your choice in J L Holtsclaw’s honor.

Quinlan Funeral Home
To order memorial trees or send flowers to the family in memory of J Holtsclaw, please visit our flower store.