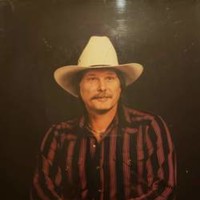 Herbert Thomas "Tom" Biers, 71, passed away Saturday, December 8, 2018 in Greenville, TX. He was born on September 18, 1947 in Sharon, PA the son of Herbert Ellsworth and Dorothy Mae (Rood) Biers. Tom married Vicky Stephenson on June 5, 1993 in San Antonio, TX. He worked in finance with collections.

He was preceded in death by his parents.

To order memorial trees or send flowers to the family in memory of Herbert Biers, please visit our flower store.