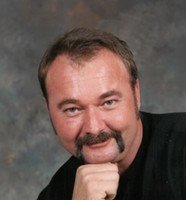 Henry was born February 14, 1967 in Los Angeles, CA to Henry Edward Roberts, Sr and Sally Ann Phillips Roberts. He worked for many different companies through life including Dallas Specialty, Tawakoni Lumber, and as a house mover in the Dallas area. Henry married Kristina Hoberg February 16, 2002 in Hunt County.

Online condolences may be made here or on our Facebook page.

To order memorial trees or send flowers to the family in memory of Henry Roberts, Jr., please visit our flower store.