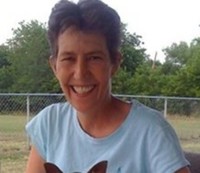 Hannah Mary Berger, 58, of Quinlan passed away Tuesday, April 3, 2018 at her residence. She was born in Oshkosh, Wisconsin on November 2, 1959 the daughter of Donald and Joby Marx. She married John Berger in Rockwall County on February 3, 1989. She worked for Mesquite Independent School District for 15 years.

She was preceded in death by her son, Elijah and father, Donald Marx.

A memorial service will be held on Friday, April 13, 2018 at 10:00 am in the Quinlan Funeral Home Chapel. Burial will follow at Lakeside Memorial Park.

To order memorial trees or send flowers to the family in memory of Hannah Berger, please visit our flower store.