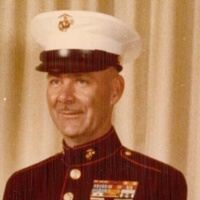 Guy Byron Timmons, 93, of Granbury, formerly of Quinlan, passed away on Thursday, January 10, 2019 in Granbury. Guy was born in Emporia, Kansas on November 26, 1925 the son of Charles Lee Timmons and Garnette Lucille (Lawrence) Timmons. He married Doris Helen Barker on September 21, 1946 in Kansas City, Missouri. Guy served his country with honor and with a thirty-year career in the United States Marine Corps.

Guy is preceded in his death by his wife, Doris Timmons; his parents, Charles and Garnette Timmons; son, Michael Timmons; two sisters, Edna Lee Higley and Ardyce Newberry; and one brother, Duane Timmons.

To order memorial trees or send flowers to the family in memory of Guy Timmons, please visit our flower store.