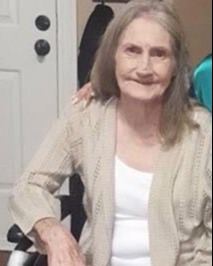 Funeral service for Glenda Carroll (Griggs) Ruff, age 89, of Dallas will be held at 1:00 PM on Monday, November 28, 2022 at Quinlan Funeral Home. Visitation will be held one hour prior to the service. Mrs. Ruff passed away on Friday, November 18, 2022 at her home.

Glenda, or Grandma, as she was known to many, was born October 3, 1933 in Terrell, Texas to Eldon and Bertha Griggs. She married Andy Rupert Ruff on April 14, 1954 in Dallas. Glenda was a housewife and gardener who enjoyed reading, writing, cooking, and drawing.

To order memorial trees or send flowers to the family in memory of Glenda Carroll Ruff, please visit our flower store.